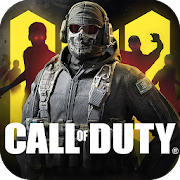 Fast-paced and exciting--this is how people describe Call of Duty: Mobile in a nutshell

The thrill and high-octane action that we know and love from playing it on PCs and consoles is now available in mobile. The extremely fun and action-packed game can now be played wherever you go, because you can literally carry it with you in your pocket.

This mobile version features the best aspects of COD Modern Warfare & Black Ops. From the maps to the weapons...you will never run out of options.
It’s surprisingly easy to transition from a console to a mobile device. The controls are pretty straightforward to manipulate. Also, I cannot rave enough about the details! The graphics are near identical to the PC and console version. They’re the same high-definition picture you would expect from a Call of Duty game.

There are different game modes you can test out: Battle Royale, where it’s a free-for-all until the last squad or player is left standing; Search & Destroy, two teams of 6 are pitted against each other to locate and destroy the bombs while the other team seeks to kill off the other team...there’s also Gun Game mode, Team DeathMatch, and  Domination mode. Play to discover these modes and be entertained for hours! Download and play for free!